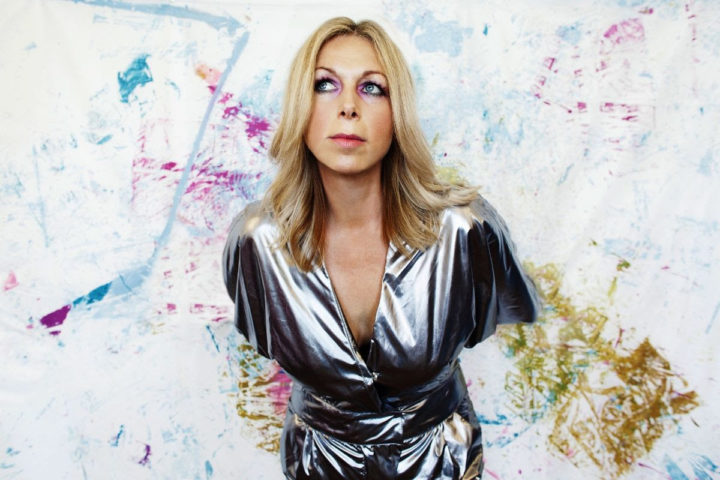 I copy and paste the press release !

Directed and produced by Lee Mann, with additional effects by Jonny Sanders (Prehuman), ‘The Revolution Of Super Visions’ video addresses toxic masculinity and narcissism as the song touches on themes of power, trophy hunting and ownership.

Based on occultist and writer Dion Fortune’s book ‘Psychic Self-Defense’, first published in 1930, Fortune’s classic book teaches the art of protecting yourself against paranormal attack, something our protagonist clearly knows nothing about. Here the protagonist (played by Matt Raikes aka rapper Burgundy Blood) is blissfully unaware that he has been lured into a trap at the opening party of an art exhibition. The only male in the gallery, he arrives as a self-made confident playboy who’s weighing up his options until he starts to experience psychic attacks from the women gathered at the gallery.

“The revolution accidentally happens because so many people visualise the same ideals and something supernatural occurs. Everyone is exhausted with social media, inequality and the toxic masculinity of world leaders contributing to a dying planet.” Jane Weaver

The first single from the record that Jane always wanted to make, ‘Flock’ is the most genuine version of Jane Weaver, complete with unpretentious day-glo pop sensibilities, wit, kindness, humour and glamour… »