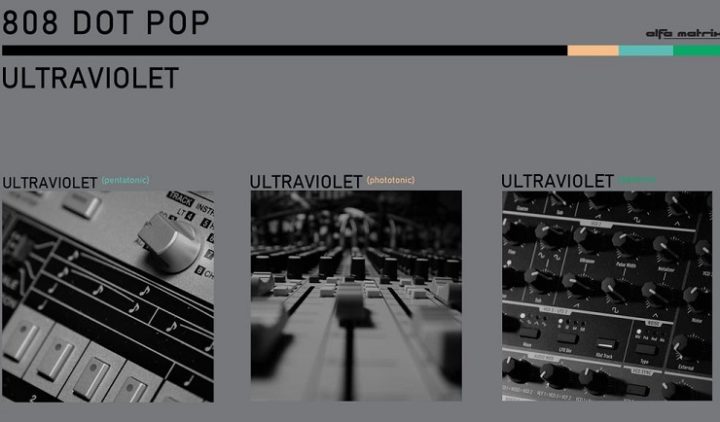 Explain the 808dotpop project to a teenager ?

–> truly, why should I do that? I have two children, they know what music is all about as they have never seen anything else but their father being busy with it.

They know all about making music to buying and treasuring it. Still, they only use Spotify, none of them has ever bought any phyiscal item, or even an MP3.

Spotify is the modern cancer of the music industry. It smothers all creativity and only highlights that music today is nothing more than an item to consume and throw away.

An artist creates music today, and the next day there is another one available on Spotify. Teenagers don’t care about what a concept is and how all things on

An 808 DOT POP release are linked together, so, have them have their Spotify and focus on the people that do care about the entire package, from music to visuals and/or concept.

A picture of your home studio ?

I stopped using hardware around 2005, however, I did not sell anything, it is either tucked away in a corner and some items reside at friends who use hardware.

Which ROLAND music instrument do you dream to have/buy ?

–> I guess many lovers of synths will come up with the system 700 which is still a feast for the eye after all those years. In those days as expensive as a house and very complicated. True that the ones that were able to work with that many deserve all the respect, these people were true developers and musicians. But I also love the TR808, obviously, a machine that stood the test of time, it still has that unique sound which makes you shiver.

Other than that, The Roland D50 was a machine which was ahead of it’s time, I still do have mine in working order (with the rare PG1000). The SH-101, oh, what a nice piece of machinery….and then there were the Jupiter and Juno synths…

Clearly I am a fan of the early synths, I cannot recall after 1987 one Roland synth to be a blast (maybe the JD800).

I have always been a true fan of the more dirty American sounds from Oberheim or Ensoniq, and when Depeche in their early years came on stage

with their E-Mu stuff….wauw….that was impressive

Today we have software that does as good as the same, so why waste time and tons of cash on such items? At least that is my opinion, I do respect artists that swear usign hardware. In the end for me it is not about the material an artist owns, it is what you do with it that counts

Which Kraftwerk song is your favourite one ?

What is your latest shared project ?

Who, where, when, how are your fans ?

–> Good question, most of the Metroland and 808 fans have a deeper Kraftwerk root but some also like the darker wink we have in our music.

That is because we were die hard Nitzer Ebb fans and it shows through when we make music. Often Metroland is tagged as ‘Kraftwerk on speed’.

What is the temperature inside a light bulb ?

–> That depends of watt. The more watt, the warmer the bulb will be.

When COVID-19 is over what do you dream to do ?

–> Go back to concerts, enjoy a beer on a terrace and join old timer meetings. Go wherever one can without lock-down restrictions…

I do like the work of The Hacker a lot, goes as well for Millimetric and Terence Fixmer, David Carretta, Franck Kartell…and my darker side loves the band Rendez-Vous 🙂

A final word, a motto, an advice to our readers ?

–> Stay safe and I hope we can have our normal lives back very soon.